SPIFs, or special incentive promotions, can effectively drive immediate results. How do you make sure you're getting what you need out of the SPIFs you run? Let's take a closer look at what goes into them — and what you may need to think twice about.

1. Half the money spent on rewards and recognition might be wasted ... but we don't know which half.

The most important aspect of developing an incentive promotion is to define what the objectives of the program are and what the quantitative measures of success will be. The success of the program is measured only by the results that are achieved. The primary objectives of the program must be "hard" (meaning they can be accurately measured) and there should never be more than two or three. For example, to increase sales of [insert your specific product] by 20% vs last year between the months of January through March 2022. Other objectives could be set for productivity metrics (increase units per rep), market share increases or shifting product mix to support a gross profit improvement.

2. Don't try to compete with compensation.

Budgeting for promotions can be tricky but there are some best practices worth considering. SPIFs should not overshadow the compensation plan of the audience participating in the program. A good rule of thumb is to present the audience with the ability to earn (in perceived value) approximately 5-7% of their average income for the duration of the program (for a 90-day activity, use the 90-day average income for a rule of thumb comparison). Another factor would be the degree of difficulty – the greater the degree of difficulty, the greater the value of the potential award.

Ultimately, the key to moving forward is having a business case that shows incremental results versus what you would anticipate without a program expressed in gross profit dollars minus expenses (budget) of the program.

3. Every dollar spent on a SPIF should produce at least a dollar's worth of response.

The idea is to get a group of people individually or in teams to respond in the form of some defined performance to the opportunities presented in the program. The goal is to maximise response by the audience at the least possible expense. An example of this is the frequent flyer mile strategy. The value (in dollars and cents) of a mile is extremely small. The response from flyers in the form of flying repeatedly on a particular airline is significant. For 1,000 miles, approximately $10 in expense to the sponsoring company, airlines and partners drive hundreds and sometimes thousands of dollars in response.

4. Never confuse what you pay for with what you hope for.

Rewards are only a means to an end – response is what we want. In a SPIF, there can be a tendency to focus on the specific reward, whether it's points, travel, a TV or golf clubs. But the award is only relevant in the context of response. If the audience doesn't respond, it doesn't matter what the reward is or how much it costs. Focus on getting the maximum response from the audience.

When SPIFs become confused with compensation or become expected because they are done in the same form repeatedly, the audience can feel as if they are entitled to the reward. When this happens, the effectiveness of these programs is reduced significantly as they are no longer seen as earning something extra for doing the extra. The response is diminished as the audience no longer perceives that response is required to earn the award. To avoid entitlements, keep promotional initiatives fresh. Change the program rules, change the communication approach and don't run continuous programs – have starts and stops that vary over the course of a year.

6. Optimal response is driven by emotions, not reason.

Ever wonder why people would run a 10K road race for a t-shirt but not for $20? It's because they are emotional about the accomplishment the t-shirt symbolises. All great things are achieved for emotional reasons, not logical ones. From this standpoint, an effective incentive strategy takes the dollars and cents off performance. Once someone knows how much their performance is worth in dollars, the next question they ask themselves is, "Is it a good deal?". It's all very rational. The opportunity of the reward in dollars is weighed against the effort necessary to earn it and in most cases, people rationally decide not to respond.

7. If they aren't working toward specific, personal goals, they are not responding.

“Doing my best” is not a goal. A key success factor in an incentive program is to get people to set goals for themselves. This can be accomplished by getting them to set their sights on earning something specific that is meaningful to them or through a rules design that allows them to self-select their performance goals from a menu of options. The choice should allow for a greater earning opportunity in exchange for a higher goal selection.

8. Getting and maintaining attention is a challenge.

Don't skimp on the communications. Nothing is more frustrating for a person than to be unaware of where they stand in an incentive promotion. Think of this as if you were advertising to customers and trying to get them to respond by buying your products and services. You would not send them a memo on letterhead. In a fiscally responsible way, we must promote to our employees or sales teams no less aggressively than we would to our customers. Awards without promotion will not only diminish the understanding of the program but more importantly, will not engage the emotions of the audience. Communicate, communicate, communicate and do it in a way that will engage your target audience's emotions.

9. If you can't measure response, you should find something else to do.

Incentive promotions must produce specific measurable results for your organisation. If you cannot measure the response of the audience, there is a better strategy or use for the dollars in question.

It's been said that the best incentive rules design (how people earn) is one you could understand if you saw it on a billboard driving by at 60 miles per hour. The easier it is for your audience to understand, the greater likelihood they will respond.

11. Most people have a difficult time running a marathon but can run a sprint.

There are exceptions to every rule but in general, people are able to focus on short term goals – 60 to 90 days. The longer the program is in duration, the more chance people will lose focus. 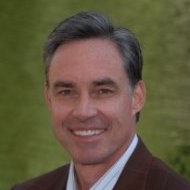 Norm has been working with Fortune 500 clients for over 30 years to engage their sales organizations, channel partners, consumers and employees. For the past 30 years, Norm has worked in the field at BI WORLDWIDE as a Business Development Director, Regional Vice President and Area Vice President. In his current role, Norm oversees all of BIW’s sales, client services and marketing teams to deliver measurable financial results for the most recognised companies in the automotive, heavy equipment, telecommunications, pharmaceutical, food, consumer package goods and shipping industries.

Contact us to discuss our award-winning sales incentive solutions enquiries@au.biworldwide.com | +61 2 89085600

Read more on getting the most from your sales incentives. 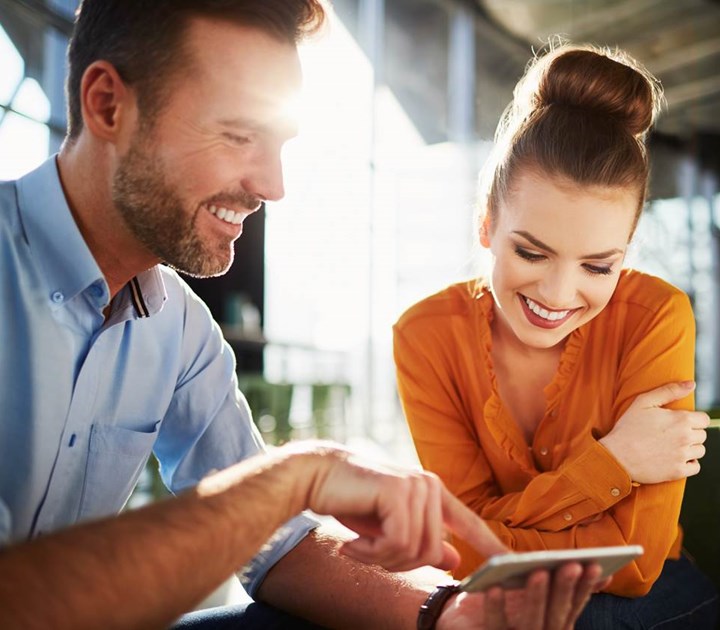 How games are revolutionising sales incentives

If you need a new spin on sales incentives, using games in a workplace setting can be an effective way to drive both immediate activities and long term results. 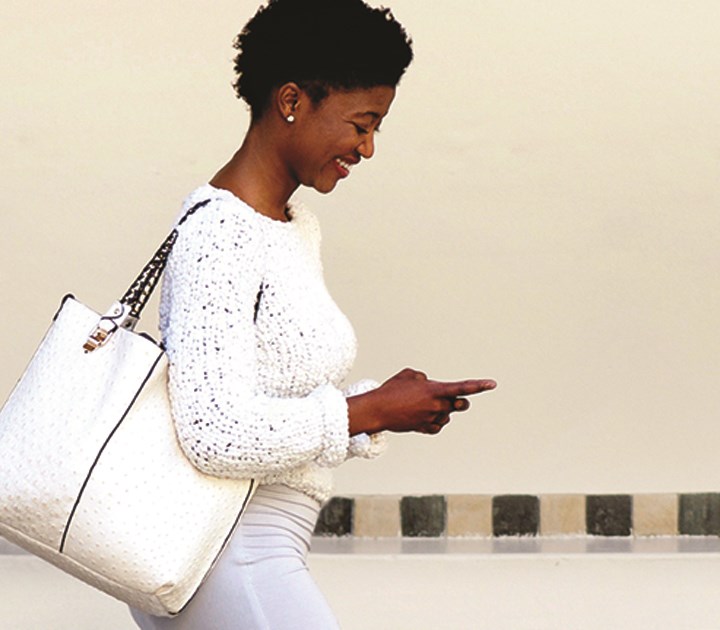 The right sales incentive for the right job

The next phase of sales and marketing

How to 'move the middle' with sales contests

Let's work together to inspire your sales teams. 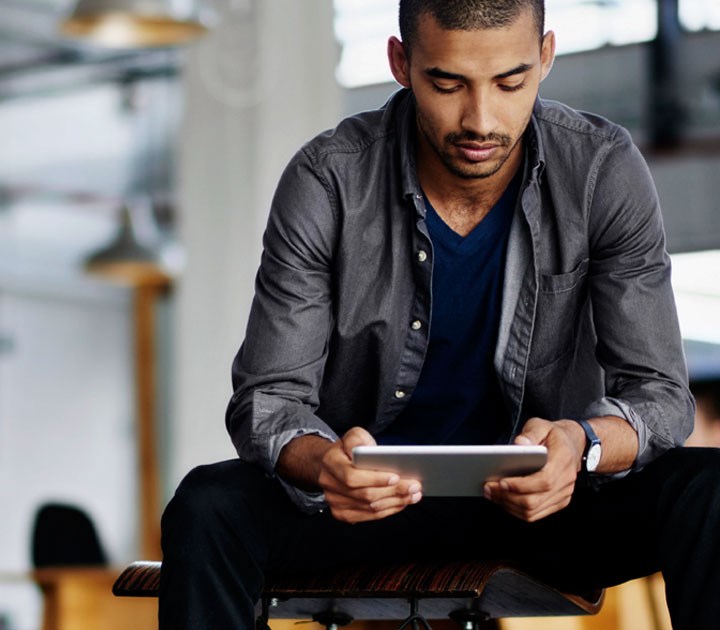